Back on the North Coast 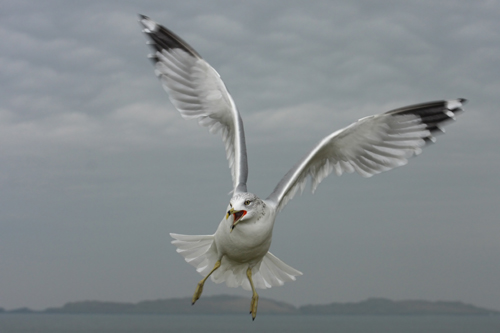 Ring billed Gull, Portrush
Checking out home patch
After a relaxing family break in Wexford I had a chance to catch up with the local wildlife. Though finding out that a Humpback Whale was breaching only a few kilometers off Hook Head, Wexford did briefly undo the good effects of the short holiday!

The Goosander count in Ballycastle has gone back up to two, though they where both very timid.

At Portrush the adult Ring billed Gull which has wintered at the East Strand carpark for several years was present and more confiding than usual. Poor light allowed me to play with a flashgun to get interesting flight shots.