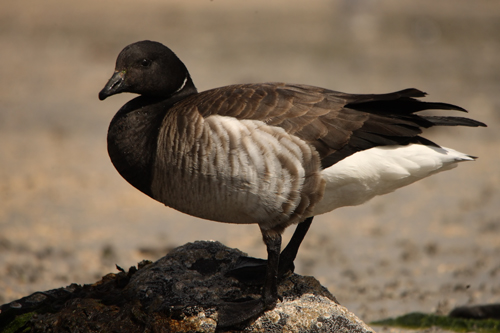 I first found it on Sunday and apart from looking thin it appeared in reasonable health and feeding well, and flying freely around the headland. By Monday morning however an eye infection was having severe impact on the vision of the bird.

I wonder if the same airflows that have brought volcanic ash misery to thousands of human travellers have caused this bird to turnback on it's trip north towards Iceland. There were still many Whimbrel in both Donegal and Ballycastle all waiting for more favourable weather conditions.