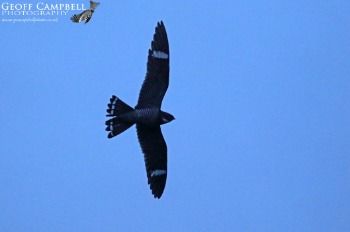 Common Nighthawk in the Night Sky.
Rare bird brings admirers from far and wide
Until recently the Galgorm in the heart of County Antrim was little discussed outside the Ballymena area. In the recent weeks though the financial difficulties of Wright Bus, maker of the famous Boris Bus , has meant the village has hit the headlines for the wrong reasons.

This week though there has been another added interest, with visitors from all over Ireland and Britain flocking to see another very special and surprise out-of-towner. A feathered transient from across the Atlantic.

The news broke last weekend of a Nightjar being seen along the river just outside of the village. Nightjars would have once breed regularly in Northern Ireland, but have become a rare visitor, so the report was of great interest. The time of year and habitat did however did seem odd, perhaps the person was mistaken or was the bird in fact another species? Several birders visited the location of the sighting on Sunday evening and in the fading light a nightjar type bird dutifully appeared. By the next morning a video of the bird was released and shared. Immediately suspicions over the birds true identity were raised, and when the bird was observed in daylight on Monday it was confirmed as Common NIghthawk, a member of the nightjar family, but a species which should be in the America's migrating from north to south.

Once the news was out birders from all over the British Isles descended on the riverside field for a glimpse. They got that and more as the bird has proved to be amazing tame as it roosted in plain sight through the daylight hours. Only occasionally would it half open it's eyes and stretch or preen a little, each time to a volley of camera shutters exploding into life. 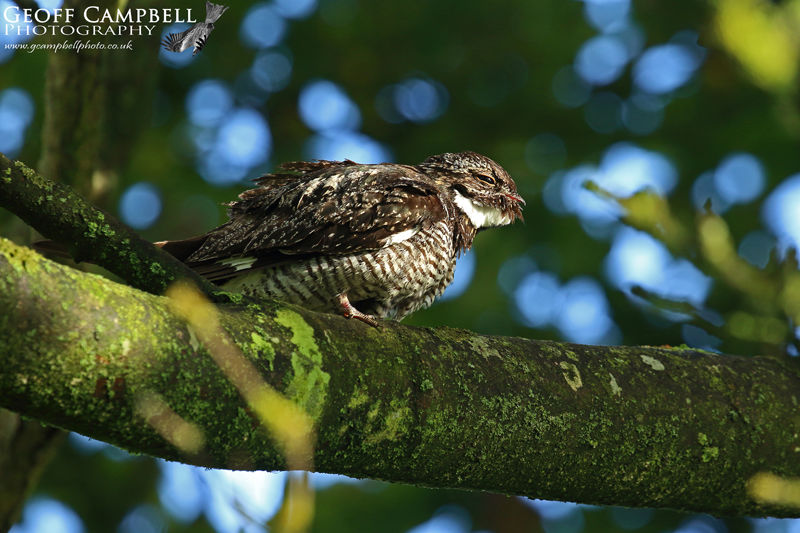 I have to say that I was a little concerned that all the attention would have caused stress to the bird, but to be fair any time I was there all the birders were well behaved and if the Nighthawk had been anymore chilled it would have likely fallen off it's perch! That is, until just before 7pm each evening when this docile visitor turned in a nocturnal aerial maestro as it awoke to demonstrate it's prowess as an assassin of the local caddis fly population. The bird would repeatedly deliver a close quarters display to match any jet fighter at an airshow, sometimes only a few metres from our eyes. Most stood silently and a little open mouthed at what they observed. A true memorable birding experience, all the more special given the unexpected location.

SlowMo Clip of Nighthawk in Flight