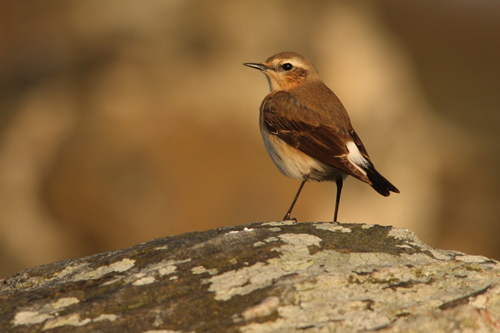 Finally - my first Wheatear of the year
Further signs of Spring despite a brief return to winter
Several inches of snow and nearly as much rain combined with high winds dominated the news in North Antrim this week. Thousands of homes were without power for days as Easter approached.

A saw my first Swallows on the 28th of March near Ballymena, but had to wait until today to find my second this time close to Garron Point on Antrims East coast.

Earlier in the morning I found my first Wheatear of 2010 on Cushendun beach, also present was a Scandinavian race Rock Pipit.

Offshore Gannets and auks are increasing in numbers as the pass north.