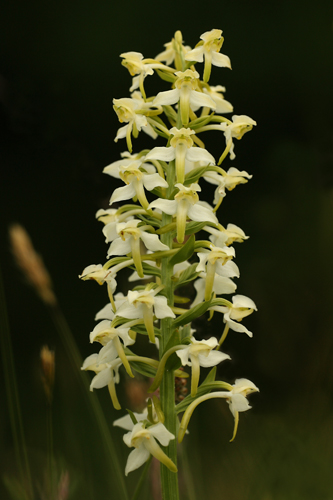 Greater Butterfly Orchid, Co Antrim
Learning and Photographing Antrim's Orchids
This summer I am attempting to see, learn to identify and of course photograph as many of County Antrim's Orchid species as I can. I have to say that so far I have been enjoying it. I don't intend to see them all this year, but as many as feasible.

Worldwide there are some 30,000 species though thankfully Northern Ireland has considerably less to get your head around. Whislt lacking the highly conspicous flowers of the tropical species those found here are very beautiful in their own way (and for all you gull lovers out there are plenty of hybrids, varients and possible splits to keep you entertained during the summer months).

Over the next few weeks I hope to expand this website and add more gallaries including one dedicated to Orchids.