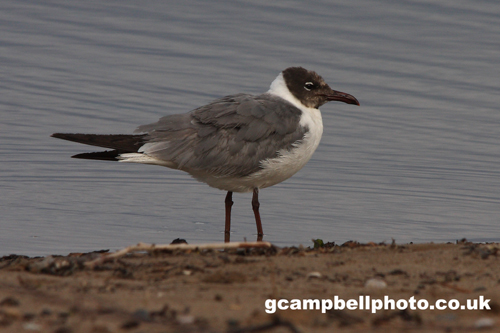 I rushed to get ready, leaving the house at 5:40 I went straight to the harbour. Amazingly Derek was already there and greeted me with the news that the bird was still there. I had a brief look and got a few blury shots in the low light before I had to go to work.

On the way home I returned to the harbour to find the bird hadn't been seen for a while. A quick check of the usual gull spots quickly relocated the bird on the river to the east of the harbour, before it flow to the roof of the Sheskburn Centre. It returned briefly to the river were I got a couple of record images.

Hopefully it will stay for a while and I get a chance to get some good shots of this American visitor.