All The Small Things 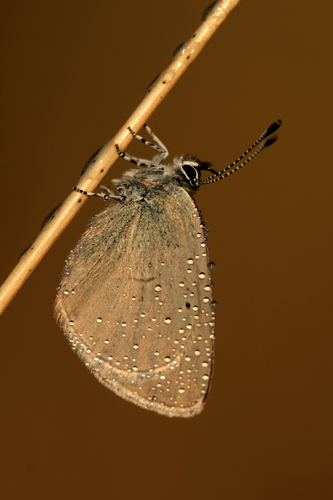 Small Blue, Wexford
Holiday Blues, Egrets and Terns
I’m just back from a short family holiday in Wexford. There wasn’t a lot of time for wildlife watching and photography, but in Wexford you don’t need a lot of time to be impressed by the natural wonders that reside there.

A morning on the beach produced Little Terns feeding just off shore together with Grey Seals and Sandwich Terns, whilst the stunning white Little Egret feed on the banks of the River Slaney close to the middle of Wexford town. A dawn walk in the nearby dunes at Curracloe gave me an opportunity to photograph an array of invertebrates including the beautiful Small Blue and Common Blue butterflies with dew droplets still on their wings as the sun rose.

As the temperature rose more insects became active with a few Darter dragonflies flying past but never settling for me to identify them. As I was about to return to hotel at 8.30am a large dragonfly zoomed past settling a little way along the path, it could only be an Emperor given the size. Slowly I approached and searched the vegetation around where it had landed. Spotting it I slowly approached on my knees managing to get within 50cm of so, giving me a rare chance to see on these wonderful master predators at close range. I believe from the colouration that it is an immature male.

A trip to Hook Head lighthouse allowed me to see more seabirds, including hundreds of Manx Shearwater, as well as Fulmar, Gannet and auks (including Puffins) in flight to and from the nearby Saltee Islands. The winds though did not for much of a watch for whales which are regularly found offshore here.

One final woodland walk at Eden Vale close to village of Castlebridge, just outside of Wexford town produced a pair of Bullfinch, Blackcaps and Jays as well as more common woodland species. Along the river here was a Dipper, with a young bird then found at the waterfalls. This site also gave me the chance to photograph a new species, but more about that next time.