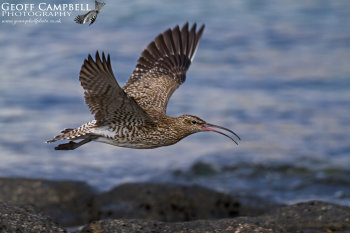 Final Installment - Homeward Bound
Tuesday was our last full day on the island and quick pre-breakfast walk added little new in terms of wildlife apart from a small flock of Linnet. We had already decided to some cycling as a family and this was the last chance. We hired three bikes locally at a very reasonable rate and set off south towards the capital city Arrecife. A mix of promenade, minor roads, industrial estates and cycle paths lead us to the attractive seafront of the city and the Castillo de San Gabriel, a 16th century fortress built to guard from pirates. The shoreline near was full of waders with Sanderling, Whimbrel, Ringed and Grey Plover(below), Turnstone, Dunlin, Common Sandpiper and my only Kentish Plovers of the trip. 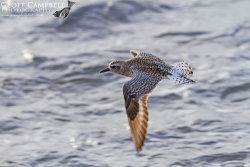 More Yellow legged Gulls were seen together with a single Audouin´s and Mediterranean Gull, while a few Sandwich terns hunted offshore and around the marina. I would have liked a little more time in the area around the capital as I am sure there was more to see, but our time was limited. The cycle back produced the first Little Egret of the trip.

We continued to cycle north through Costa Teguise to an area that had looked interesting on aerial photographs, but had unfortunately been quite polluted by those camping and in motorhomes. More Cattle Egret were, together with a couple of Southern Grey Shrikes (below), whilst the Short toed Larks could be heard singing overhead.

The final morning was made up of a quick walk along the local shore, breakfast and then back to pack. We were picked up at the coach and taken back to airport in a very roundabout way to be told there was a two hour delay due an aircraft problem back in Belfast - on last chance for photos? Open seating areas at either end of departures allowed for a couple of extra hours of sunshine before returning to winter, as well as chance to photograph the very smart looking Spanish Sparrows.

Lanzarote was a much more pleasurable experience than some reports had lead me to believe, whilst the species list was low with some effort there was enough to see and photograph to add to a relaxing short break. Most importantly I would probably return as I think there is more potential, especially if combined with Fuertaventura.