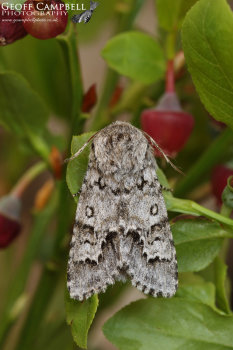 Rare Moths Close to home
My last update detailed some of the superb moths found on camping trips to County Donegal during the fabulous weather this part of the world experienced in May and early June 2018. Sites closer to home did not disappoint either with species being found in new areas, redrawing distribution maps and improving the understanding of some of our rarest species of moths.

Starting with the smallest and biggest species I found the Thyme Pug (Eupithecia distinctaria) had less than 100 records up to the end of 2015 and none in North Antrim, so it was great to find one on the local cliffs, unsurprisingly near a large area of wild Thyme. Click on the images below to enlarge and see more details. 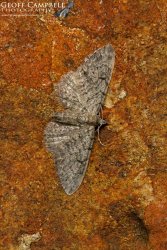 The Eyed Hawkmoth (Smerinthus ocellatis) is widespread across Ireland, but apparently scarce in the north, so getting three near Garry Bog, to go with one there last year, which changes our knowledge of it's distribution in Ireland a little. 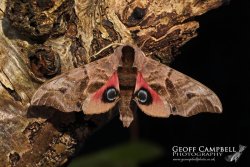 Another two species new to Garry Bog were the scarce Miller (Acronicta leporina) and the even rarer Light Knot Grass (Acronicta menyanthidis) with less than 40 records for the whole of Ireland up to 2015. 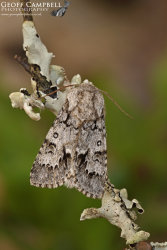 A quick family trip over to Magilligan, Co L/derry, in the hope of seeing Small Eggar as a caterpillar, after failing to see the adult in the early spring, didn't disappointed with six webs of larva found on their food plant Blackthorn. This species has suffered greatly as a result of recent changes in agricultural practice as well as increased use of pesticides and unnecessary cutting of natural hedgerows. It is now confined to a handful of small colonies in Ireland. 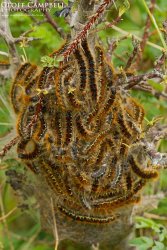 Breen Wood is a regular site for me to check for moths, and it was nice to find and photograph an Alder Moth this far north. It was this ancient woodland that was to provide the biggest surprise so far of 2018, but I will keep that one for the next post. 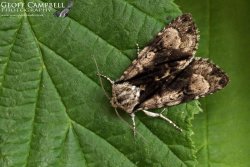