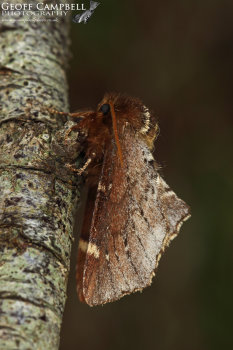 Moths update from Donegal Visits
This part of the world has experienced the unusual conditions of a sustained warm, dry and calm period of weather. Following a recent series of poor early summers and s long and cool winter/early spring this year, it has been a welcome relief for our wildlife. Unsurprisingly moth numbers have been relatively low early in the year, but with the better weather things have improved dramatically and I have been working hard to take advantage of the conditions.

As well as the desire to see and photograph this under recorded and under appreciated part of the natural world, I am keen to add to our knowledge and understanding of the range and numbers of our moths. Across the UK studies have found the overall number of moths has decreased by 28% since 1968. Numerous species are declining dramatically in recent decades and over 60 became extinct in the 20th century. Only by monitoring can these declines be measured and works done to reverse them.

During May I had two Bank Holiday weekend visits to County Donegal to explore new habitats and those species of a more western bias. These short camping trips did not disappoint with a variety of rare and beautiful insects. Highlights from early May included several new species for me such as, Scarce Prominent, Lunar Marbled Brown and Birch Grey, the latter possibly be new to the county, as is a micro-moth Adela cuprella. Click on any of the images below to enlarge. 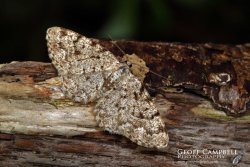 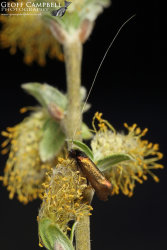 A return, with my family, later in the month produced a stunning moth I have long wished to see, the beautiful Scorched Wing, as well as the dainty Little Emerald another new species for me. While out looking for moths over the long weekend I also found a rare member of the orchid family, the Sword Leaved Helleborine and caught up with Small Blue and Dingy Skipper butterflies, which don't occur around home. The dunes at Murvagh also produced several views of the day flying Narrow Border Bee Hawkmoth. 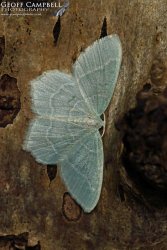 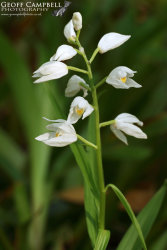 The great moths have not just been on trips away, my next update will details those found closer to home in recent weeks.