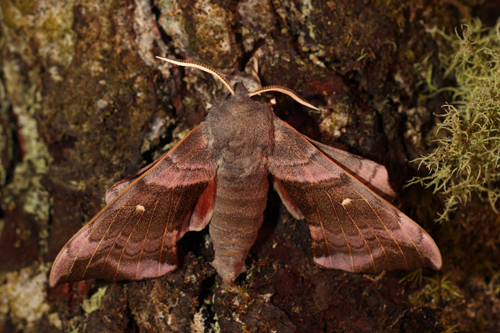 The Poplar Hawk Moth is the most frequently seen of all the hawk-moths in Northern Ireland. They can be found in all counties and are often found rest on walls and fences during the day.

Interestingly the adults of this species do not feed, instead they depend upon the reserves built up as larvae.

Moths can be seen on the wing from late April to September.