One Last Visit and Homeward Bound 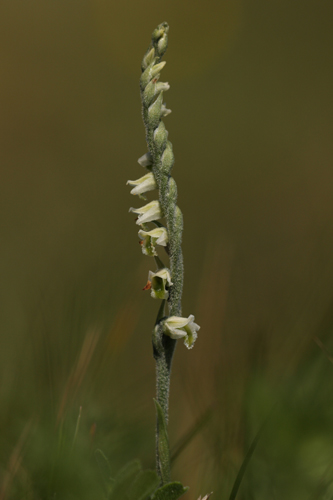 Walking out from the town's seafront car park I quickly realised the scale of the dunes as the beach went off into the distance. I was here to find a small orchid which normally doesn't come out until later in the month - this wasn't going to be easy.

By this time there was not a cloud in the sky but a stiff onshore wind had developed, so the walk through the dunes was a bit of a challenge given the two days of intensive walking that gone before.

It was worth it! A little way into the dunes and species diversity of plants, insects and birds was impressive. Hundreds of Large and Small White butterflies, Meadow Browns, Common Blues and Six Spot Burnet Moths. With smaller numbers of Dark Green Fritillary, Small Heath, Small Copper and Wall Browns.

As got up off the ground from photographing on the later I noticed a large starling flock take off, to be followed by a female Hen Harrier. Three harrier species in three days!

Whitethroats fed young in the few bushes at the back of the dunes, while Wheatears hopped around the rabbit grazed sward. Another 30 minutes walk into the dunes and I noticed a small grey, green plant with white flowers - an Autumn Lady's Tresses. I was in luck an early flowering individual. A number of other spikes without flowers were found nearby. It's easy to see how it got it's Latin name Spiranthes spiralis by the way the flowers twist in a spiral around the spike.

As I walked around I found more and more coming up - it will be quite a sight in a few weeks! But for me it was time to go home - twenty butterfly species, including on new species for me (Essex Skipper) and 12 Odonata again with a lifer (Beautiful Demoiselle), a new orchid and numerous birds including Glossy Ibis and the Harriers.