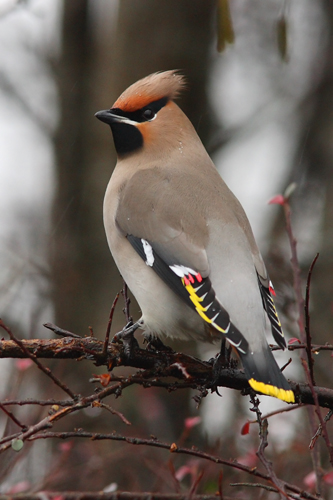 Waxwing, Asda - Coleraine Dec2008
Recent Wildlife Sightings
Yesterday evening I was lucky enough to see a pod of approximately 15 Bottlenose Dolphins just offshore from Cushendall. These were probbaly some of the same animals seen further south a t Whitehead earlier in the day. Hopefully they will be around the north coast for a few days.

Meanwhile a flock of Waxwings were reported in Ballycastle yesterday - I will try and get out to look for them tomorrow. I have attached a photo of one taken a couple of winters ago. I think you will agree - well worth looking for!

The odd Snow Bunting can still be found along the north coast with one present at Ballintoy.