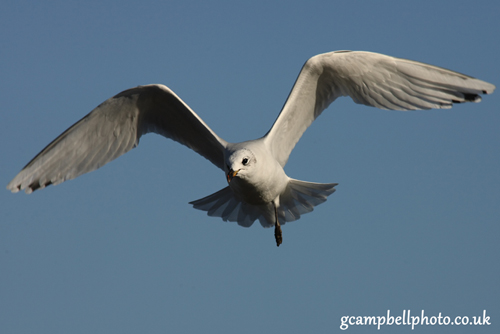 Interestingly the Med Gull only has one leg though this doesn’t seem to hamper it too much when flying in and picking up food off the ground on the wing. When coming into to rest it was seen to get blown over by the reasonably strong westerly wind.

Unfortunately there was no sign of the Waxwings in Portrush or Ballycastle though they could still be present. A single Twite was on the beach at Ballintoy.