Spring in the Air? 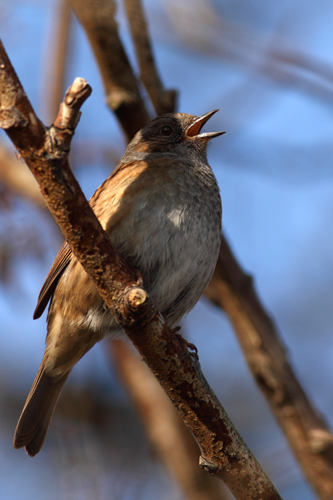 Dunnock in song, Belfast
Signs of Change
Are the first signs of spring being around the corner starting to appear? This Thursday and Saturday when the sun shone one could be forgiven for thinking that winter could be coming to an end.

Robins and Dunnocks (see photo) could be heard singing from bushes on which the first leaves were bursting from their buds.

Black Guillemots have begun their courtship displays close to known nest sites. Meanwhile on the North Antrim coast Fulmars are back on their cliff edge territories in increasing numbers. Snow drops are coming into flower on readside and gardens.

That all said know I have a feeling that winter will not pass without a sting in it's tail.