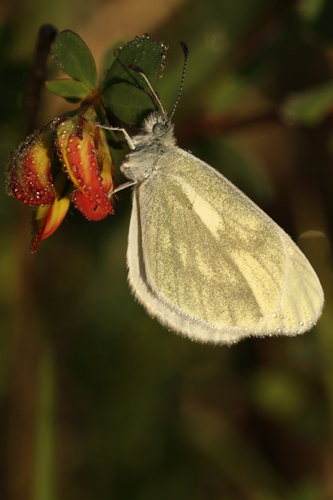 A Real Cryptic Wood White
A Species for Ireland!
Apparently Northern Ireland has a new species of butterfly! As a teenager I remember finding my first Wood White in an area close to a bog behind my parent house. Though not the most colourful species in the world I have to say I have always enjoyed seeing them.

Further research found though that the differences were more telling and in fact the majority of Wood Whites were a different species. I’ll not go into telling you how to tell them apart. Anyway it was decided that the Wood Whites in Ireland, apart from those in the Burren, Co Clare, were actually the closely related Real’s Wood White (Leptidea reali). This species is found on mainland Europe, but has not been recorded in Britain. It was all a bit of surprise but I got used to calling them Real’s Wood White.

Recently though has come the news that research by Spanish and Russian lepidopterists into Wood Whites across Europe shows that “our” Wood White’s are not Real’s Wood White, but a separate species again how called Cryptic Wood White (Leptidea juvernica). Confused? I am.

So there you have it I will have to change the name of all my Wood White photos – perhaps I will call them all just Wood White! My guess is that the butterflies don’t care much and I will still enjoy finding them.