A New Mecca for Gulls? 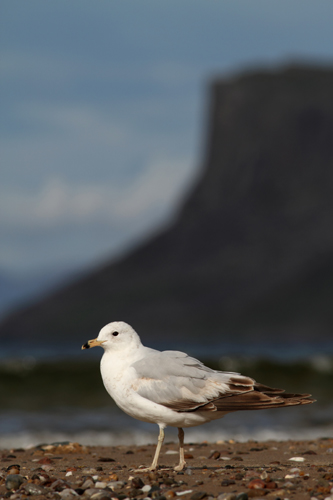 Ring Billed Gull, Ballycaslte
Another rare gull for Ballycastle
Last summer my home town of Ballycastle played host to a rare Laughing Gull, a species normally found in North America. Amazingly this summer the harbour has another rare American visitor in the form of a Ring Billed Gull. The bird, a first summer individual, has been around for a few weeks and is incredibly tame at time walking up to other tourists in search of chips.

Whilst nowhere near as rare as a Laughing Gull it very unusual to have a Ring Billed in summer in Northern Ireland, giving a rare opportunity to see one in this plumage this side of the Atlantic.

This species is similar to the Common Gull though a little larger. In fact a RBG and Common Gull have breed on the Copeland Islands, Co Down in recent years and produced hybrid offspring. Note though the thicker bill and clearly defined bill. The bird is still present so if you are in the Ballycastle are call in for a look – bring some bread or better still buy some chips you may get a very close view!